Among other things, the experts highlighted that, despite the military buildup on Ukraine's border, it is difficult to predict whether Russia will invade Ukraine, and emphasized that the negotiations are paramount in determining Russia's course of action. In North Africa and the Mediterranean, countries are facing key challenges in terms of weak democratic processes, protests, corruption and Islamic extremism. In the Middle East, the region remains volatile as tensions between Saudi Arabia and Iran persist, and hotspots such as Syria and Yemen remain chaotic. In South Asia, India's relations with China and Pakistan are increasingly icy, as India and the surrounding countries are equally looking for ways to maintain strategic autonomy in the face of the struggle for leadership between China and the United States. Finally, space is becoming increasingly contested, congested and fragmented. Russia, China and commercial actors are innovating rapidly, as they see space as a critical component of modern warfare. In the future, China and Russia may be able to hijack critical infrastructures. The EU and NATO countries are lagging behind and their investments are necessary to catch up in the space competition. 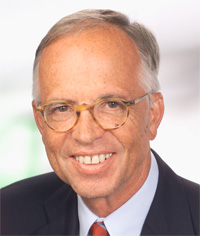