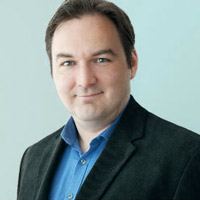 Jan Menzer studied political science with a special focus on international relations and psychology at Leipzig University. Since 1999 he has been working for various Members of the Bundestag (German Parliament) as a foreign affairs specialist as well as a speech writer and an office manager. In the meantime, he worked for several years at the federal party headquarters of the CDU Germany (among other things, he was part of the election campaign team of Angela Merkel in 2013).

Political scientist Jan Menzer taught at the Free University of Berlin and at the MGIMO University in Moscow. Currently, he is a lecturer in international security policy at the Berlin School of Economics and Law (HWR Berlin).

From 2015 to 2018, he was an associate fellow at the Kyiv Institute for Euro-Atlantic Cooperation (IEAC). In cooperation with the USAID RADA program, he has been advising parliamentary reform in Ukraine since 2016. At the Heidelberg Institute for International Conflict Research (HIIK), he conducted research from 2015 to 2018 on conflicts in Armenia and Azerbaijan as well as the Russia-Ukraine conflict. For many years Jan Menzer has been a spokesperson for the regional research group "Eastern Europe/Caucasus/Central Asia" of the Cologne Forum for International Relations and Security Policy (KFIBS) and Regional Representative for the Berlin Office of KFIBS.

Since April 2019, Jan Menzer is an associate fellow at the Austrian Institute for European and Security Policy (AIES) in Vienna. His research focuses on German and U.S. policy toward Russia and Ukraine, security policy in Eastern Europe and NATO.