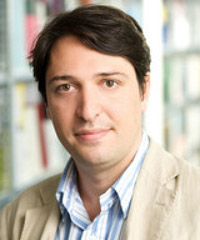 Alexander Klimburg has worked on numerous topics within international cybersecurity over the previous years. He has acted as an adviser to a number of governments and international organizations on national cybersecurity strategies, international norms of behavior in cyberspace and cyber-conflict (including war, cyber crime and cyber espionage), critical infrastructure protection, and internet governance. He has participated in international and intergovernmental discussions within the European Union and the Organization for Security and Co-operation in Europe, and has been a member of various national, international and EU policy and working groups. He regularly participates and organizes track 1/1.5 diplomatic initiatives as well as technical research groups. He is author of a number of research papers and commentaries, and is a regular participant in international conferences. Previous to joining the HCSS, Mr.Klimburg was for eight years senior adviser at the Austrian Institute of International Affairs, and further has a background in ICT strategy issues in corporate finance and IT/strategy consulting in Europe and Asia.

His current research focuses on reconciling norms of state behavior in international cyber security with the ongoing dialogue within internet governance, in particular with the role of non-state actors. Within this context he is currently writing a book on the various conflicting aspects of international cybersecurity, to be published by Penguin Press in late 2015.