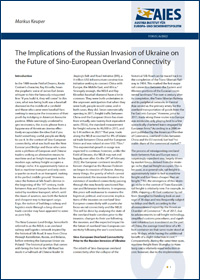 In the 1989 movie Field of Dreams, Kevin Costner's character, Ray Kinsella, hears the prophetic voice of James Earl Jones whisper to him the famously misquoted line: "if you build it, they will come". In this case, what was being built was a baseball diamond in the middle of a cornfield and those who came were baseball fans seeking to reacquire the innocence of their youth by indulging in America's favourite pastime. While seemingly unrelated to geo-economics, this iconic phrase from a bygone era of American cinema effectively encapsulates the idea that if you build something useful, people are likely to use it. In the context of Sino-European connectivity, what was built was the New Eurasia Land Bridge and those who came were a plethora of European and Chinese traders seeking an alternative means to maritime and air freight transport. In the modern age, railway freight occupies a strategic niche. It is approximately twice as fast as maritime transport and only costs a quarter as much as air transport, making it the perfect middle ground. However, since the historical Silk Road's demise in the beginning of the 16th century, trade between Asia and Europe has been dominated by maritime transport, which, until the dawn of aviation, was both the fastest and cheapest way to transport cargo. Ergo, the notion of building a railway and logistics route through a long-disused trade corridor may have appeared to some as pure folly.

The New Eurasian Land Bridge, henceforth referred to as the NELB, is an overland railway and logistics network inspired by the historical Silk Road. It runs from China through Kazakhstan, Russia, and Belarus, before entering the European Union via Poland. The historical gravitas that comes with being the heir to the Silk Road has made it a hallmark of Chinese leader Xi Jinping's Belt and Road Initiative (BRI), a 4 trillion US$ infrastructure construction initiative seeking to connect China with Europe, the Middle East, and Africa. Strangely enough, the NELB and Ray Kinsella's baseball diamond have a lot in common. They were both undertaken in the unproven anticipation that when they were built, people would come; and in both cases, they did. Since commercially opening in 2011, freight traffic between China and the European Union has risen from virtually zero twenty-foot equivalent units (TEUs), the standard measurement for freight volume, to 46,000 in 2015, and to 1.46 million in 2021. That year, trade along the NELB accounted for 4% of bilateral trade between China and the European Union and was valued at over US$ 75bn. This exponential growth in usage was expected to continue; however, unlike the Field of Dreams, the NELB may not end happily ever after. On the 24th of February 2022, the European continent would be forever changed as the Russian Federation began its invasion of Ukraine. Among many things, the gravity of which cannot be overstated, the invasion threatens the existence of overland connectivity passing through the now heavily sanctioned Russian and Belarusian territories. In response, this piece will endeavour to examine the logistical, political, and economic implications of the invasion on overland Sino-European connectivity with a particular focus on rail connectivity and the NELB. This will be done by analysing the state of the overland trade corridors prior to the invasion, changes to their use following the invasion, and the expected impact to the future of overland Sino-European connectivity following the war's conclusion. 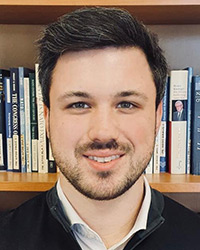