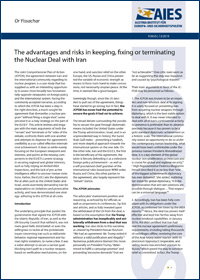 The Joint Comprehensive Plan of Action (JCPOA), the agreement between Iran and the international community regarding its nuclear program, is a case study that has supplied us with an interesting opportunity to assess more broadly two fundamentally opposite viewpoints on foreign policy and the international system. Facing the commonly-accepted narrative, according to which the JCPOA has been a step in the right direction, a much-sought-for agreement that dismantles a nuclear program "without firing a single shot", some perceive it as a risky strategy on the part of the EU/E3. This article reviews and engages with the main arguments of both the "remain" and "terminate or fix" sides of the debate, confronts them with one another and attempts to disprove the agreement's credibility as a so-called effective international achievement. It does so while mainly focusing on the European viewpoint and interests, and points at the missing components in the EU/E3's current strategy in securing regional and global interests, such as fully relying on limited IAEA inspections, and the lack of pro-active intelligence effort to uncover Iranian violations. Rather, the EU/E3 aim the diplomatic fire at allies such as the United States and Israel, avoid assertively demanding Iran for explanations on violations and provocative activity, and have demonstrated one strategy: adhering to the JCPOA at all costs. 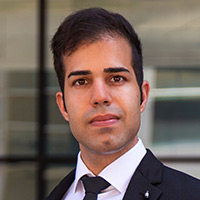