The Middle East's Year of the Dragonbear

Micha'el Tanchum: The Middle East's Year of the Dragonbear – The 2020 emergence of a Sino-Russian strategic architecture bridging Iran and its Arab Gulf Rivals , AIES Fokus 12/2019 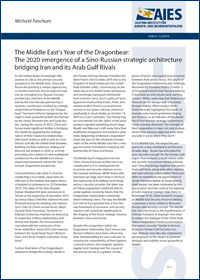 As the United States increasingly relinquishes its role as the primary security guarantor in the Middle East, China and Russia are pursuing a unique opportunity to reorient both Iran and its regional rivals into an emerging Sino-Russian Eurasian architecture. Outreach to the Middle East by the Sino-Russian partnership, a systemic coordination dubbed by strategic analyst Velina Tchakarova as the "Dragonbear,"1 has been hitherto hampered by the region's main geopolitical fault-line formed by the rivalry between Iran and Saudi Arabia. During the course of 2019, China and Russia made significant strides in bridging this divide by upgrading the strategic nature of their respective relationships with Saudi Arabia as well as with its close Persian Gulf ally the United Arab Emirates. Building on these advances, Beijing and Moscow will embark in 2020 on actively promoting the creation of new multilateral architecture for the Middle East whose organizing framework will be the Sino-Russian Dragonbear partnership. 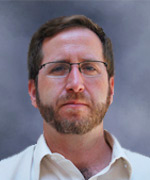