Will the EU lose the East? 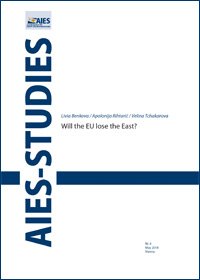 Major tectonic shifts have been emerging between Western and Eastern Europe in terms of politics, economy, and social issues. This emerging dividing line is being additionally affected by the actions and approaches of significant external actors on the old continent. Currently, there is a wide spread perception among the political elites and the expert community that the EU has not been doing enough and even might lose its East if the external influence combined with the internal integration dynamics continue exerting pressure on Brussels and the member states without being properly addressed. External centrifugal forces have been emerging strong and are now aggravated by the launch of the Chinese grand ambitions in the area encompassing the former Central European countries, stretching across the entire Balkans, and reaching to 'the grey zone of countries' that separate the EU from Russia in Eastern Europe. From the EU perspective, there is a solid trend of external actors becoming more active and competitive in this geographic area of Europe.

The paper aims to analyse whether the EU might lose its East because of external pressure and competition by examining the approaches of the USA, Russia, China and Turkey towards the three geographic areas of Central Europe, Western Balkans and Eastern Europe. In each chapter, the EU perspective will be presented at the beginning, followed by the analysis of common patterns as well as competitive strategies of the other main external actors from the last few years. In the case of the Visegrád countries from Central Europe, the purpose is to identify main challenges for the EU in dealing with these countries next to the assertive actions by competitors such as Russia and China. Moving from member states to EU candidates, the Western Balkans will represent a second case study, where most of the countries is still interested in joining the EU but must also face concerted actions by external actors. Eastern Europe is the third region, where countries are most of all split in their attitudes towards joining the EU or deepening the relations with the rest of the regional players.

Against this background, the paper seeks to evaluate the short-term issues and the long-term desired outcomes of these five external actors, which shell provide a broader picture about overlapping or conflictual agendas and dynamics regarding each of the three cases. Moreover, the driving forces behind the five actors' approaches will be considered as a helpful source to identify drivers of change or status quo policies. In the end, a comparison of the five agendas will provide an answer as to whether the EU might lose its East and where exactly the danger might come from.