The Dayton Agreement Then and Now

Lívia Benková: The Dayton Agreement Then and Now, AIES Fokus 7/2016 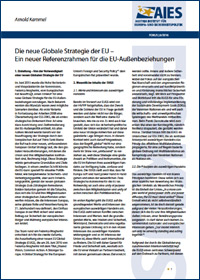 The year 2015 marked the 20th anniversary of the Dayton Accords, an agreement that ended a three-and-a-half-year war between the Serbian, Croatian and Bosnian population, the worst conflict Europe has seen since 1945, with more than 250,000 deaths and two million people displaced. It was a war of brutality, marked by imprisonment in camps, war atrocities and ethnic cleansing. In order to stop the violence, it was necessary to find a solution convenient for all three ethnicities at the same time. This effort of the international actors involved, resulted in a document, which enabled the creation of Bosnia and Herzegovina as a single state, comprised of two entities, and gave birth to a constitution, which is currently the legal basis for the country. The Dayton Agreement (Dayton) was widely seen as a compromise deal among the Balkan society and the only workable solution at the time it was brokered. However, two decades on, this agreement is outdated, ineffective for proper state-functioning needs and has to be revised. In case that a common solution is not found and the constitution remains unreformed, the country will be placed at risk of having increased ethnic tensions, a declining economy and a continuously fragmented government.

Transatlantic Relations after the Pandemic?

Euro Policy: How will the Transatlantic Relations change after the Pandemic? Key Representatives and Experts in the Security Sector offer their Perspective.