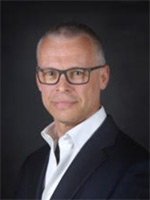 Joris Van Bladel studied Social and Military Sciences at the Royal Military academy in Brussels, Slavic Languages and Eastern European cultures at the state University of Ghent and holds a Doctor of Arts degree of the State University of Groningen. His PhD thesis was entitled: ‘The All-volunteer Force in the Russian Mirror: Transformation without Change’.

During and after his military career (1985-2006), he taught courses and guest lectures at several universities, including the Royal Military Academy in Brussels, the University of Amsterdam, the State University of Ghent, The University of Uppsala and the Technical University of Berlin. He was a guest researcher at the Center of Russian and Eastern European Studies at the University of Toronto as well as the German Institute of International and security affairs in Berlin. Currently he is a member of the Scientific Board of the Austrian Ministry of Defense. On a regularly basis, he is a guest commentator on Security and defense issues and Russian affairs on public radio and television in The Netherlands.