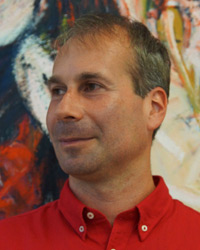 Adjunct Prof. Mag. Dr. Alfred Gerstl, MIR is an International Relations (IR) specialist with a focus on the Indo-Pacific. He is interested in the geopolitical impacts of China's Belt and Road Initiative as well as regional cooperation and crises in Southeast and Northeast Asia (ASEAN, South China Sea, terrorism). In addition, he has expert knowledge on the East Asian political and economic systems. He studied Political Science at the University of Vienna and IR at Macquarie University in Sydney.

Since 2018 Alfred Gerstl is Senior AIES Advisor and since 2020 AIES Board Member. In addition, he is since postdoc researcher at Palacký University in Olomouc (Department of Asian Studies); inter alia, for two years as Marie Sklodowska-Curie Fellow and since 2021 again as member of the EU project „Sinophone Borderlands – Interactions at the Edges" (2018–2023). Furthermore, he is president of the transnational think tank Central European Institute of Asian Studies (CEIAS). Previously, he worked five years as Postdoc Researcher („Assistant Prof.") at the Department of East Asian Studies/East Asian Economy and Society (EcoS) at the University of Vienna.

In 2018/19, Alfred Gerstl was Associated Professor at the Department for Oriental Studies at Novosibirsk State University (NSU) and Visiting Professor at the Higher School of Economics in St. Petersburg in Russia. He regularly lectures at Danube University Krems, the Austrian National Defence Academy and the Theresian Military Academy. Previously, he was researcher and lecturer at Macquarie University (Sydney, Australia) and lecturer at University of Applied Sciences Kufstein and the University of Passau. He also worked as researcher at the Institute for Advanced Studies (IHS) in Vienna.