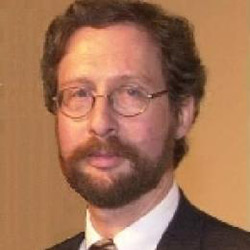 Robert M. Cutler conducts research and analysis on international affairs in Europe and Eurasia, with special attention to energy security, geopolitics and geoeconomics.

Originally with a background in mathematics, physics and history, he now focuses professionally on regions in East and West Europe, the East Mediterranean, the Black Sea and Caspian Sea including their littorals, the South Caucasus, Russia, Central Asia and China.

Dr. Cutler also has a research specialization in international parliamentary institutions. His skill-set includes organizational design and the analysis and design of strategic communications. He is a Practitioner Member, Waterloo Institute for Complexity and Innovation, University of Waterloo. He executes foresight studies through the application of complex-systems science ("complexity theory") to the phenomena concerned.

He is widely published in the first-rank policy journals and peer-reviewed academic journals, as well as in both the specialized and the popular press. He has also covered the euro crisis, East Asian equity markets and precious metals as a financial journalist and commentator, and is Past Chairman, Board of Directors, Montreal Press Club.