Training Course in cooperation with the World Youth Academy

Four Cases of EU's policies towards Security and Defense, Migration, the Southern and Eastern European Neighborhood

With this course AIES offered an insight and delivers an overview over the current and forthcoming processes and structures regarding the EU Common Foreign and Security Policy (CFSP) and Common Security and Defence Policy (CSDP) and examines the EU's approach towards migration as well as towards its Southern (MENA Region) as well as Eastern Neighborhood (Eastern Europe).

This seminar is suited for all those who are interested in entry-level basis of knowledge and expertise in the field of the EU Common Foreign and Security Policy, Common Security and Defence Policy, the EU's approach toward migration as well as the EU's policy towards the Southern and Eastern Neighborhood. Students of political science, international relations, European affairs, (military) history, (military) sociology, cultural- and social anthropology, and all others interested in the civil-military dimension of the topics. Neither technical knowledge, nor any other prior knowledge is necessary to participate in this training course. 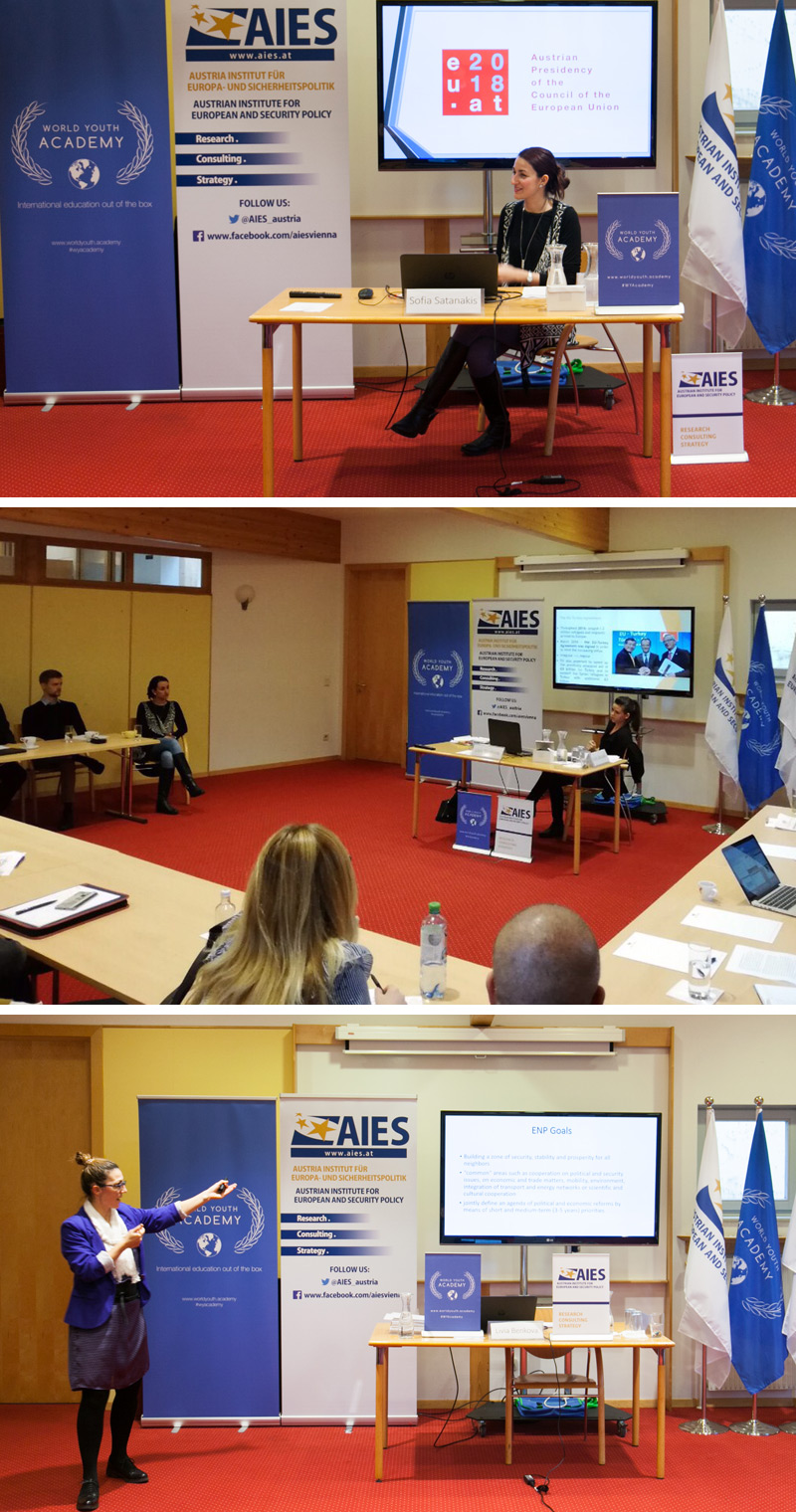 Last week, we hold our training on Four Cases of EU’s policies towards Security and Defense, Migration, the Southern and Eastern European Neighborhood. pic.twitter.com/2GQJeKLLYu

The Strategic Role of External Actors in the Western Balkans